Violinist and activist Solomon Northup was booked at Township Hall in Streetsville in 1857. He was the subject of the 2013 film, “12 Years A Slave.”
Posted at May 31, 2020, in Uncategorized

Violin player and activist Solomon Northup was booked to give a presentation at a hall in Streetsville in August of 1857. The event was sponsored by the Anti-Slavery League of Canada, but was disrupted by opponents of the movement before the speech could begin, causing Northup to leave town.

Northup was a free man sold into slavery in the Southern United States and rescued with the help of a Canadian. Violin playing was one of his skills.

Today, the former Toronto Township Hall at Water and Church Streets in Streetsville is now a private residence, part of the City of Mississauga. 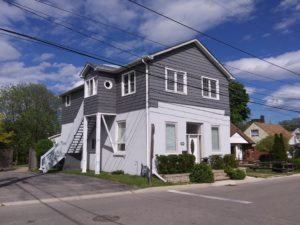